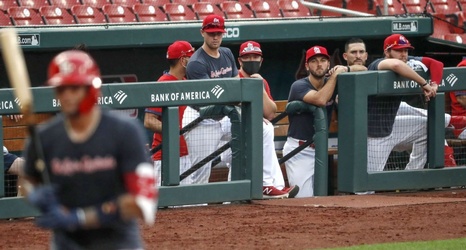 Friday's series opener between the Cubs and Cardinals has been postponed after at least one more positive COVID-19 test in the St. Louis clubhouse, a source confirmed to ESPN.

The Cardinals have not played since July 29 due to positive coronavirus tests. The team previously announced that it had returned 13 positive tests from its traveling party, with seven of them coming from players.

St. Louis had returned to the field for light workouts Wednesday.

The Athletic first reported that Friday's game had been postponed.

Information from The Associated Press was used in this report.