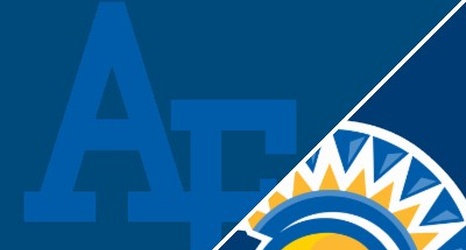 SAN JOSE, Calif. -- Brandon Clarke scored 22 points including a fast-break dunk after a turnover that erased a four-point gap in overtime and San Jose State rallied in the extra period to defeat Air Force 83-78 on Saturday.

Clarke, coming off a season-low four-point performance in a loss at Fresno State, went 9 of 12 from the field and grabbed 13 rebounds with six assists on Saturday.

Air Force jumped out to a 74-70 lead in OT before Brandon Mitchell hit a 3-pointer for the Spartans (14-11, 7-7 Mountain West Conference). Isaac Thornton collared a loose ball on the ensuing Air Force possession and took off downcourt, skipping the ball to Clarke who skied in for a two-handed dunk and the lead.