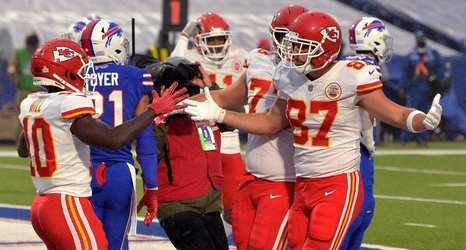 Mahomes threw an 11-yard touchdown pass to Travis Kelce in the first quarter. Monday's game is his 37th. Former Miami Dolphins quarterback Dan Marino had been the fastest to 90 touchdown passes. He did it in 40 games.

11 yards to @TKelce for his fourth TD of the season! #ChiefsKingdom