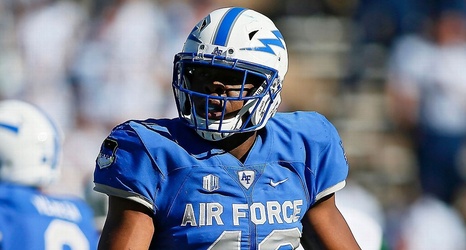 TEMPE, Ariz. -- Arizona Cardinals coach Bruce Arians does not like a new rule implemented by the Air Force on the day of the first round of the NFL draft that prevents Academy cadets from postponing their two-year active-duty military commitment so they could play in the NFL.

Arizona invited Air Force linebacker Ryan Watson to its three-day rookie minicamp this weekend knowing they wouldn't be able to sign him to a contract. Arians said he wanted to give Watson a "good look and give him the opportunity.