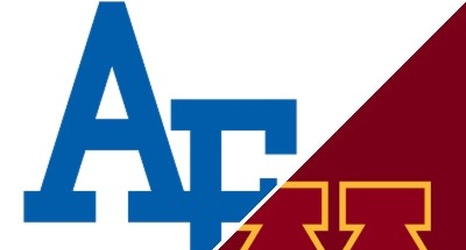 Pitts had seven points in a late 16-0 run that kept the Golden Gophers (7-0) under first-year coach and former start player Lindsay Whalen.

Minnesota was up 52-43 with 5:21 to play before holding Air Force for almost four minutes. The Falcons missed six straight shots during the scoring drought.

Taiye Bello had 18 rebounds and Bell nine to help Minnesota to a 54-38 advantage on the boards. That led to a 40-26 advantage on points in the paint, 11 being second-chance point and a plus-10 advantage at the foul line.