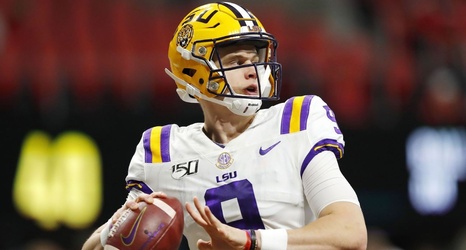 There's only one major trophy remaining for Joe Burrow to lift up this college football season.

The LSU Tigers' quarterback on Saturday won the Heisman Trophy, given to the most outstanding player in college football. He beat out fellow quarterbacks Jalen Hurts (Oklahoma) and Justin Fields (Ohio State) and defensive end Chase Young (Ohio State) to hoist the 85th edition of the award at the PlayStation Theater in New York City.

Burrow is just the second player in LSU history to win the award, joining running back Billy Cannon, who won it in 1959.