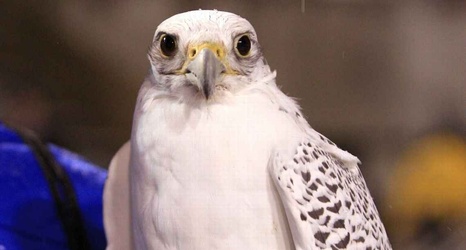 A 22-year-old falcon mascot of the Air Force Academy was injured during the football team's trip to New York to face Army this weekend.

The Colorado Springs Gazette reported that Aurora, a well-known school mascot for over two decades, suffered an injury to both wings when she was abducted by West Point cadets in a prank gone wrong.

The injury could require the bird to be euthanized because of its age, Air Force sources told the newspaper.

"USAFA mascot Aurora was injured over the weekend and is being transported back to Colorado," academy spokesman Lt.