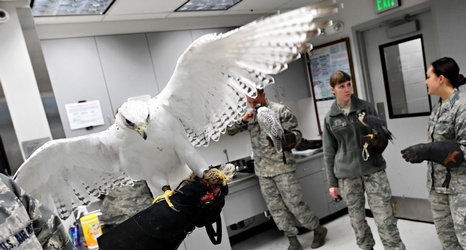 AIR FORCE ACADEMY, Colo. -- The Air Force Academy says it is investigating its swimming and lacrosse teams for alleged hazing.

Silveria didn't offer any details of the alleged incidents. He said the investigations are nearly complete.

Silveria said the academy has banned a group he called a "swimming fraternity'' and is considering disciplinary action. Some lacrosse coaches have been disciplined and as many as 10 players could face sanctions.