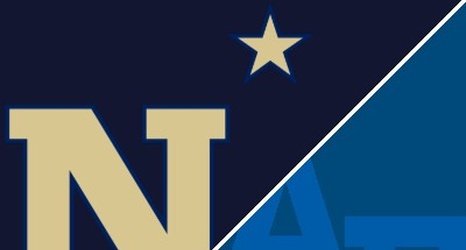 AIR FORCE ACADEMY, Colo. -- Once D.J. Hammond got back in the game, he turned his first career start into a tour de force.

Hammond, sidelined early on after a helmet-to-helmet collision, returned to run for three touchdowns and throw for another, leading Air Force past Navy 35-7 on Saturday.

Joseph Saucier also scored on a 48-yard run for Air Force (2-3), which took the first leg in the competition among the service academies for the Commander in Chief's trophy. Air Force will play at Army on Nov. 3 while Navy (2-3) plays Army on Dec.