2015 Air Force Football: Where The Falcons Are Picked In The Preseason 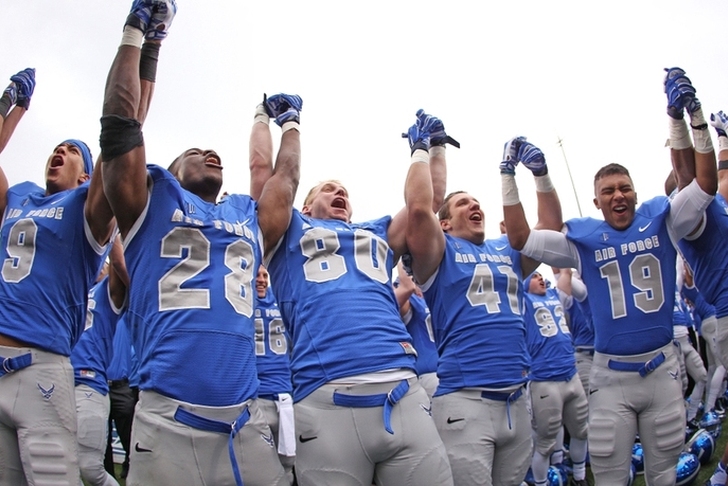 The 2015 college football season is back, which means it's time for Air Force football fans to get their yearly Falcons fix. Falcon Stadium will be rocking as the Falcons look to bring home a Mountain West championship to the Air Force faithful.

They are the fourth-highest ranked team in the conference in SB Nation's poll at No. 77 out of 128 FBS teams, but are ranked slightly higher (No. 68) in the USA Today preseason poll.