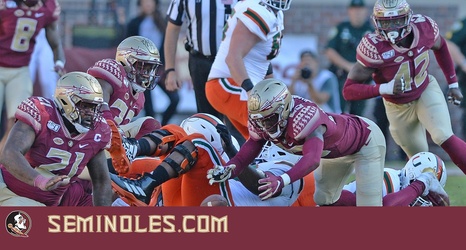 The Willie Taggart era at Florida State has come to an end with the school deciding to fire the head football coach after less than two years with the program.

The decision comes after a 27-10 loss to Miami, with FSU falling to 4-5 on the season. Odell Haggins will serve as the interim head coach after Taggart's exit.

Matt Fortuna of The Athletic shared the program's release confirming the decision.

Taggart was originally signed to a six-year, $30 million contract full of incentives in 2017, but things haven't worked out on the field.