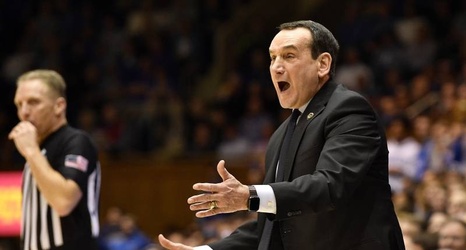 It's not unusual to see Duke head coach Mike Krzyzewski blow a gasket in a game, whether because of his players, his opponents or the refs. But to see Coach K lose it on his own fans? That's new.

Duke's Cameron Crazies were on the receiving end of a halftime scolding from the legendary coach after they directed chants at Pitt head coach Jeff Capel.

Capel was an assistant under Krzyzewski for eight seasons and was seen by some as Coach K's eventual successor. Or at least that was the case until he took the job at Pitt in March 2018.