The Clemson Juggernaut Isn't Going Away Any Time Soon 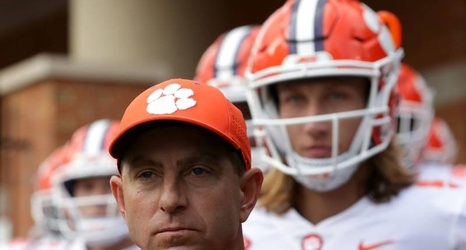 After a near-decade of Clemson's excellence, that list surprises nobody who follows the sport on even an occasional basis.

Head coach Dabo Swinney orchestrated the program's rise to prominence, turning "Little ole Clemson" into such a powerhouse that his usage of that phrase—no matter if referencing the small town—has become the source of eye rolls.