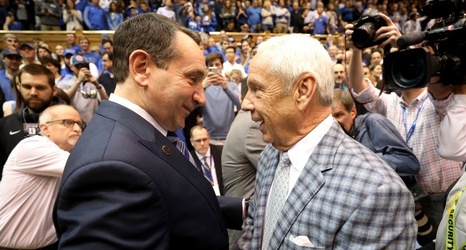 Later on Wednesday, former Kansas and North Carolina head coach Roy Williams reacted to the news while talking with reporters: