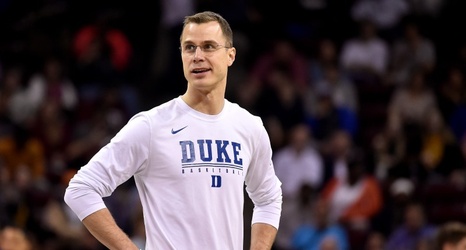 One source told Sports Illustrated's Pat Forde that "it's going to be Scheyer" named as the next Blue Devils head coach.

Jeff Goodman of Stadium reported that Krzyzewski is going to retire after the 2021-22 season, with an official announcement expected soon.