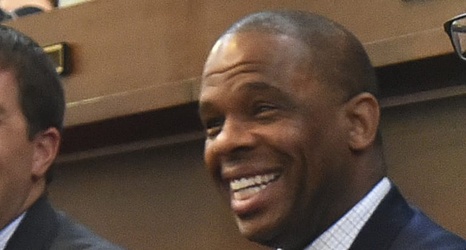 The Tar Heels will reportedly promote assistant coach Hubert Davis to replace the legendary Roy Williams, per Jon Rothstein of CBS Sports. Davis will be come the first African American to lead the men's basketball program, per Holden Kurwicki of CBS 17.

The 50-year-old is a former North Carolina player has been on Williams' staff since 2012.

Bubba Cunningham swung for the fence and took the temperature of a bunch of the big boys, but none willing to make the move.