Manny Diaz's 1st Season at Miami Is a Thorough Mess 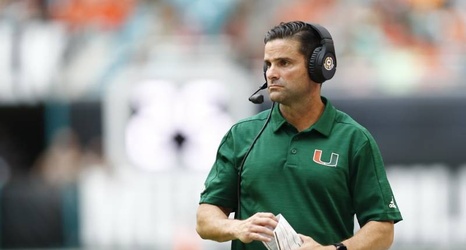 Manny Diaz entered a situation in which his new team was built to win immediately.

While the Hurricanes were never a national title contender, they reside in the ever-flailing ACC Coastal Division. Despite the offseason turnover that saw Mark Richt retire and a new offensive staff hired, Miami still had clear advantages with an experienced defense and the highest-recruited skill-position talent in the division.

First-year coaches sometimes get a pass while adjusting to a new situation, but Diaz had spent the last three seasons as Miami's defensive coordinator. He knew the personnel. He saw the weaknesses and addressed them as much as possible through the much-discussed transfer portalu2015and he did an excellent job of that.