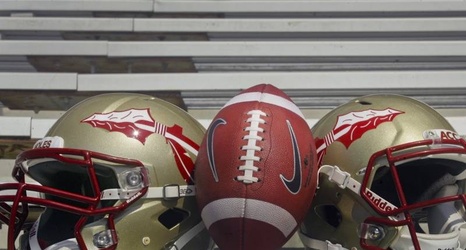 College football fans got to know former Independence Community College Jason Brown while he was featured on the Netflix show Last Chance U, but they apparently won't be seeing him on the Florida State sidelines anytime soon.

Brown responded to a tweet from the unverified account FSUSeminolesNews suggesting the ACC program is talking with him to be the next head coach and shot down any rumors in decisive fashion:

They are too scared to hire someone like me! @FSUFootball would be loaded overnight &amp; everyone would be mad! They go after million dollar guys who underperform &amp; cant relate with todays kids!