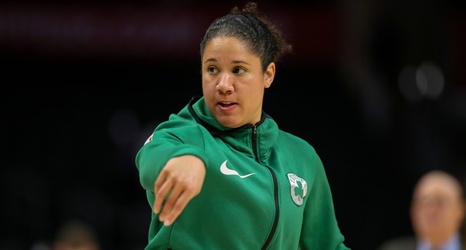 The former WNBA star and Olympic gold medalist has spent the past three years rising through the coaching ranks, including time as an assistant with the Boston Celtics and now head coach of the Blue Devils. The 40-year-old Tennessee graduate is now reportedly a candidate to replace Brad Stevens as coach of the Celtics, per Jared Weiss of The Athletic.