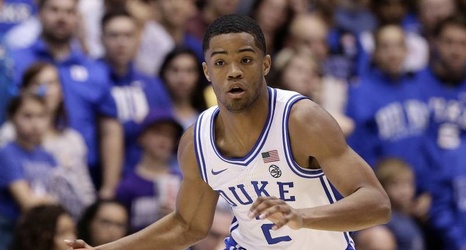 Duke announced Friday that freshman guard Cassius Stanley would not return to the Blue Devils' game against Winthrop after suffering a left knee injury, according to Jon Rothstein of CBS Sports.

Stanley exited early in the second half when he landed awkwardly and fell to the ground after a layup. The star guard had to be helped off the floor by teammates.

Prior to leaving the game, Stanley was 2-of-7 from the floor for four points with three assists, one rebound and two turnovers.