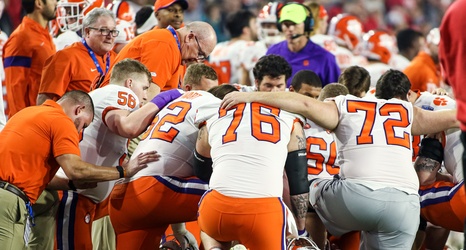 Clemson defensive coordinator Brent Venables took an active role in the Tigers' preparations for the CFP National Championship against LSU on Monday.

According to Andrea Adelson of ESPN on Saturday, Clemson's usual scout team quarterback, Patrick McClure, got hurt while celebrating during the team's Fiesta Bowl win over Ohio State. As a result, Venables filled in to emulate Heisman Trophy winner Joe Burrow.

"Greenbeans does not change his quarterback style, but he's very good at stressing you out and trying to create game environments.