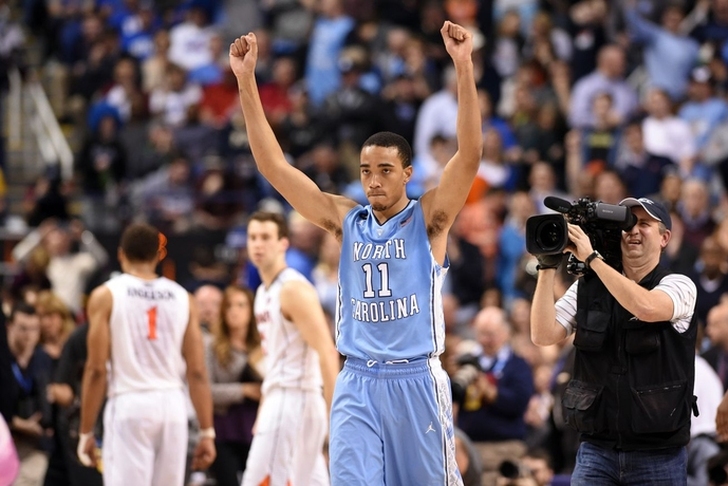 The ACC is one of the best basketball conference in the nation. The conference has five teams ranked in the Top 25 at the moment and seven teams in position to make the NCAA Tournament. With the Big Dance nearly here, it's time to project just what seed the ACC members will get on Selection Sunday.  Louisville would have made the Big Dance, but elected to self-impose a postseason ban this year. With all that out of the way, let's project the NCAA Tournament seeding for the ACC.

The Tar Heels added the ACC Tournament championship to their regular season title, locking up a one seed for them. They've been one of the favorites to make the Final Four all season, but with Marcus Paige and Joel Berry II playing their best basketball of the season, UNC is as dangerous as anyone. For more March Madness coverage, download the Chat Sports Android and iPhone app.

Much like UNC, UVA has Final Four potential. They were also competing for a No. 1 seed, but their loss to Carolina on Saturday night, coupled with both Oregon and Michigan State winning, push them down to one of the higher two-seeds in the tournament.

Miami doesn't quite get the same love that Virginia and UNC does, but the Hurricanes were just one game from getting a share of the ACC regular season title. A loss to UVA in the ACC Tournament semifinals will keep them from getting a two seed, but the 'Canes will be very happy with a three seed.

Duke has rallied after a mid-season slump, but blowing a 16-point lead in a loss to Notre Dame really hurts them in the eyes of the committee. Expected to be on the five line when the field of 68 is revealed.

Notre Dame looked like they wre in prime position to shake off their late season woes and make a run up the tournament seeding after being Duke, but they came back with an absolute dud of a game againts North Carolina, losing by more than 30. That loss will keep them as a seven-seed.

Pitt started the year 14-1, but the Panthers have come back down to earth against better competition. A win over Syracuse in the ACC Tournament secured their spot in the tournament, and they appeared to be locked into a nine seed.

Syracuse needed to beat Pitt to give themselves a chance, yet couldn't pull off the comeback in their ACC Tournament matchup and lost. Some have been advocating for the Orange to get in because they played nine games without head coach Jim Boeheim (suspension), but that seems unlikely. If Syracuse does get in, it will be as a No. 11 seed in the First Four.