Duke vs. UNC Preview & Prediction: Who Wins The Rematch? 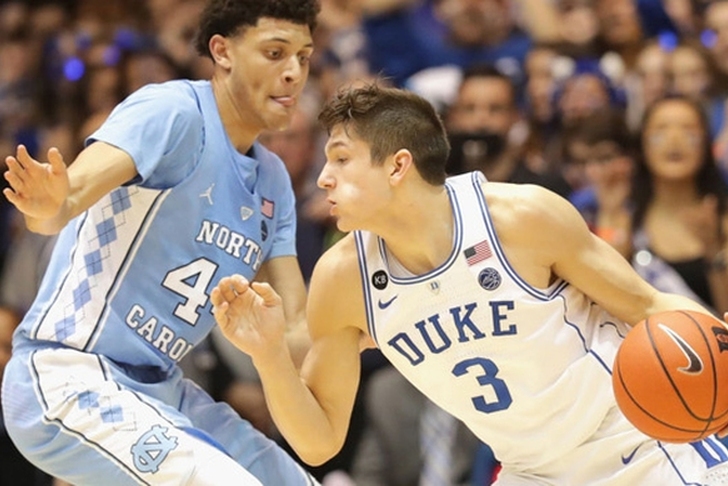 In their first matchup of the season, the Duke Blue Devils upset the North Carolina Tar Heels with a thrilling 86-78 win. That game helped turn Duke's season around, but UNC is looking to get revenge on their home court on Saturday in the regular season finale for both teams. The Blue Devils come into the game having lost two of their last three, while North Carolina is coming off their worst offensive performance of the season (53-43 loss to Virginia).

Will they be able to rebound and split the season series with Duke? Or will the Blue Devils get the sweep? Here's a complete preview and prediction of the rematch:

Keys to the game:
Can UNC's offense get back on track? 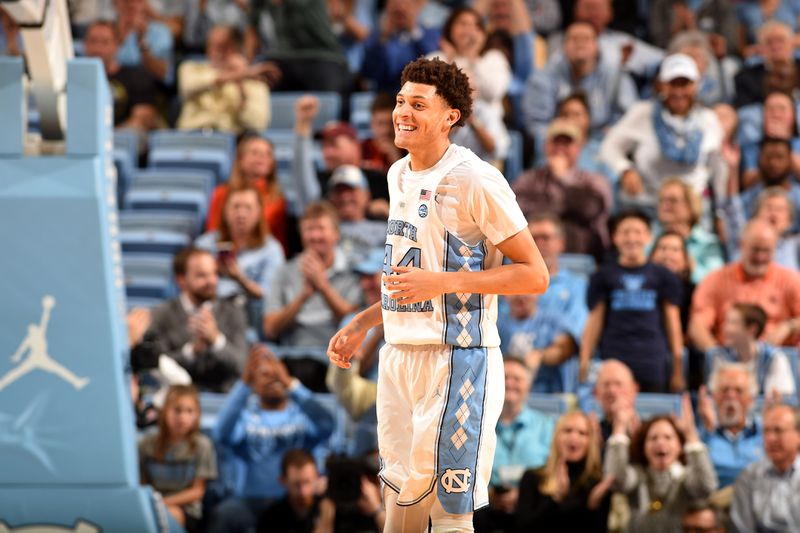 Coming into Monday night's game against Virginia, North Carolina was playing as well as any team in the country. They were on a four-game winning streak with all of those wins coming by double digits. Then, they fell flat on their face in Charlottesville with the worst offensive performance of the Roy Williams era.

The Heels shot just 35.4 percent from the field and scored only 43 points in what many are chalking up as just "one of those nights." After all, UNC's offensive ranks fourth in efficiency (according to KenPom.com) and they are 11th in the country in points per game. All of that is true, but North Carolina needs to get back on track in this game before postseason play starts. The numbers suggest they will, but what I saw against Virginia was a bit more than just going up against a good defense. The offense stopped flowing, players stopped being aggressive and were settling for jump shots, and they didn't have a go-to option to get themselves out of that funk.

Duke still struggles defensively - particularly against drives off the bounce - so the opportunity is there for Carolina to get back to being the team they were last week. However, their level of success will be determined by how aggressive they are. Will they be able to right the ship, or is this a new cause for concern?

Can Duke match UNC on the glass? North Carolina is the best rebounding team in the country, leading the nation in every major rebounding category. The most important to their success is their offensive rebounding, as they rank first in both offensive rebounding rate and second chance points. Thanks to players like Kennedy Meeks and Isaiah Hicks, that gives the Heels a major advantage in virtually every game they play.

Duke was able to neutralize that advantage in the first game and actually outrebounded UNC 31-30, and limited them to just seven offensive rebounds - a number that the Blue Devils matched (though UNC not having Hicks in that game helped in this area). In fact, in four of Carolina's five losses this season, they have lost the battle on the glass. That is the way to beat this team. If Duke can repeat their efforts in this area, they will win.

Prediction: UNC wins 87-78
The home crowd helped propel Duke down the stretch in the first matchup in Durham, and I fully expect UNC to get the same boost in Chapel Hill. Having Hicks in the lineup this time around will help, too. Both sides will trade runs similar to the first matchup, but North Carolina's dominance on the glass will be glass will be the difference this time around.