ACC Football Recruiting: Ranking And Breaking Down The 2016 Classes 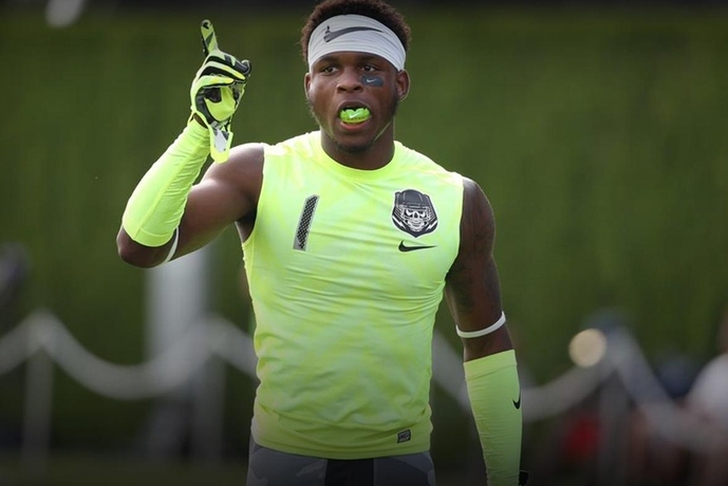 2016 National Signing Day has come to a close, which means it's time to look back on the day (and recruiting cycle) that was and assess what we've seen. With that being said, here's our ACC Football Recruiting: Ranking And Breaking Down The 2016 Classes.

(Note: All rankings courtesy of the fine folks over at 247Sports)

Break Down:
How does Jimbo Fisher do this? The Seminoles were an afterthought to many heading into Signing Day, but a furious finish vaulted them to #2 in the national rankings -- including the surprising flip of DT Shavar Manuel (from Florida) and the underdog play which beat Texas for ILB Dontavious Jackson. FSU continues to operate on another level in the ACC. For more on Florida State's recruiting class, download the Chat Sports Android and iPhone app.

Break Down:
They might have missed on Rashan Gary, but five-star DT Dexter Lawrence isn't exactly a "consolation prize." This is a recruiting class worthy of a program that's ready to become a perennial national title contender.

Break Down:
Brad Kaaya needs weapons to throw to, and Sam Bruce/Ahmonn Richards are the four-star duo who could turn him from a trending quarterback into a great one. This class is underrated because of the work other Florida schools are doing, but it's still a solid start for new head coach Mark Richt. For more on Miami's recruiting class, download our Chat Sports iPhone and Android apps!

Break Down:
Take a bow, Pat Narduzzi. The Panthers head coach is pushing the program around a corner, and the fourth and final Top 30 class in the ACC is going to provide some rocket fuel. Damar Hamlin's a legit #1 corner, by the way.

Break Down:
Can Duke eventually become the Stanford of the East Coast? Let's not get too carried away yet, but two four-stars and oodles of potential to work with makes for a major recruiting win for head coach David Cutcliffe -- especially with the stringent academic requirement to attend the university.

UNC's football brand is in a better spot than it's been in a long time after a breakthrough season and ACC Championship Game appearance in 2015. Chazz Surratt is the lone four-star in the class, but this a 26-deep haul that's going to refresh and retool a program on the rise.

Break Down:
Juwon Pass to Desmond Fitzpatrick -- that's what you need to know. The Cardinals stole Fitzpatrick away from Nebraska in the final seconds, and Pass is going to benefit greatly as a QB with such a stellar playmaker in tow.

Break Down:
Jerod Evans is the highlight of this class, and he's going to be a key for just how Justin Fuente's future recruiting classes pan out. If he develops, there's going to be a wealth of skill-position standouts coming to join him.

Break Down:
This class will forever be known as the one that landed Randy Moss' son (Thaddeus). If his background is any indication, the Wolfpack are going to have a lot of fun with their new red zone threat. Other than Moss, this is a solid class packed with high-upside three-star talents.

It's a middle-of-the road class, but we're sold on QB Jamie Newman's potential and Kamara was cruelly underrated in a defensive tackle rich class. It's a solid step, but time will tell if makes a dent in the win column.

Break Down:
The Yellow Jackets are smack dab in the middle of one of the hardest regions to recruit in all of America, so perhaps the mediocrity of this class is skewed by the SEC competition they have to go up against. Regardless, this is a meh class that'll hopefully be greater than the sum of its parts.

This class doesn't really take into account the banner hire of former BYU HC Bronco Mendenhall since it came so late in the recruitment process. So, let's wait until 2017 to assess the actual direction of the program regardless of the ho-hum 2016 class.

Break Down:
It's the kind of class which would look great in a now Power 5 conference, but the ACC is deep and Syracuse remains off the pace. Sam Heckel could be anchoring an offensive line on Sundays somewhere down the road, though.

Break Down:
It's an underwhelming class to be sure, and the Eagles are banking on Anthony Brown to be an underrated stud and jump start a flagging offense. It's ugly now, but there could be upside later.