5 Best College Basketball Freshmen In The ACC This Year 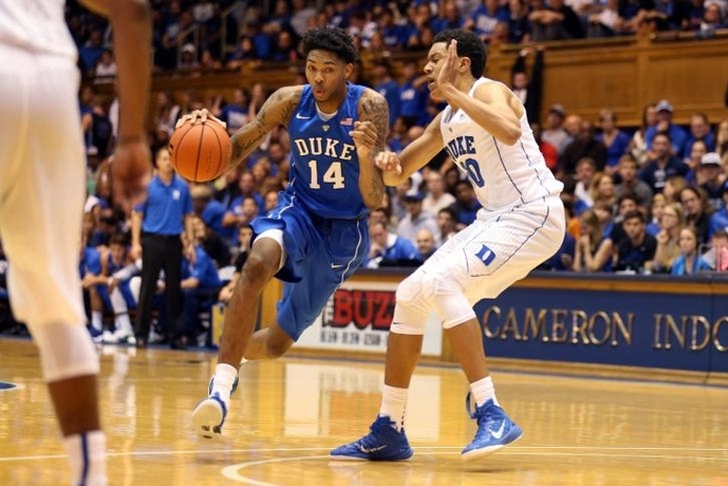 Thronton doesn't have the notoriety that the other three Duke freshmen have, but he's excellent in his own right. A pure point guard, he's very efficient and is great at setting his teammates up while also being a capable shooter and absolute lockdown defender.

Richardson is a pure shooter with deep range, and his 6'6" frame allows him to get his shot off practically whenever he wants. However, he needs to improve as a slasher and add strength, but he'll have a big impact right off the bat with his shooting ability

Bacon is the best prospect to go to FSU in a long, long time. At 6'6" and 210 pounds, there's very little Bacon can't do on the basketball court. He's supremely athletic and is great at finishing around the rim (with plenty of spectacular slams from time to time), but also has good ball-handing ability and a reliable three-point shot. Quite frankly, he could end up being the ACC Freshman of the Year ahead of the first two guys on this list.

Jeter is your stereotypical Duke big man in terms of his rebounding ability and the high motor he plays with, but he's also one of the more skilled big men Coach K has had - outside of Jahlil Okafor, of course. Jeter is an effective shot blocker and has a developing post game, but needs to add muscle to his 6'10", 215-pound frame.

Ingram has as much potential as anyone in the draft, and could be competing for the No. 1 pick after the college season. He's a 6'8 small forward who has all the skill in the world on the offensive end, but his lack of strength (198 lbs.) will be a big negative going forward. However, he can often make up for his lack of strength with his insane leaping ability that allows him to touch the top of the backboard.