3 Most Delusional College Football Fan Bases In The ACC 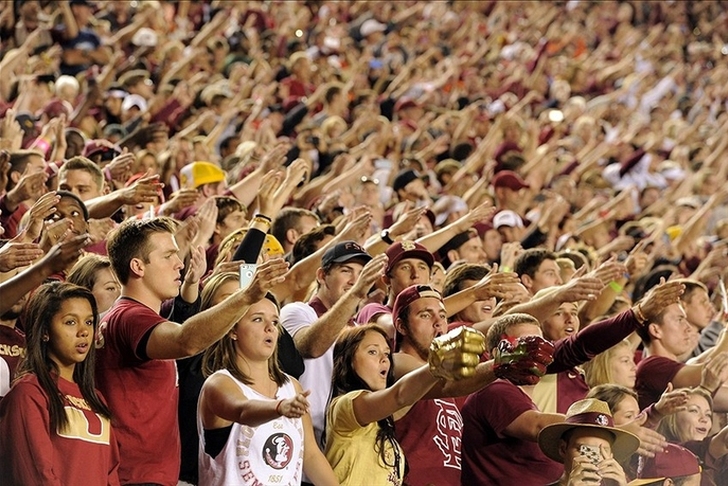 We're all guilty of being homers for our favorite teams, but these fan bases are the cream of the proverbial crop when it comes to putting blinders on and swimming around in an ocean of delusion. Having faith is one thing, but blind faith can turn sports fandom into an unhealthy obsession of monster-sized proportions. With that in mind, here are the 3 Most Delusional College Football Fan Bases In The ACC.

Cardinals fans love to worship at the altar of head coach Bobby Petrino even though he's one of the worst game managers going in college football today. The Cardinals have been a upper-tier ACC threat for most of their stay in the conference. That wouldn't be so insufferable if Louisville fans didn't parade around like they root for some modern dynasty. Petrino isn't Nick Saban. He's isn't even Dabo Swinney. Get over it.

You know what's a good way to kill your credibility as a fan base? How about whining over the shortcomings of your head coach regardless of the fact that you haven't showed up at a game since the turn of the millennium. Canes fans love to yell and scream about The U's recent fall from grace, but they tend to overlook their own lack of loyalty while doing so.

Start filling the stands, even if it's just to hurt curse words at Al Golden. Then we'll start listening to you.

#FSUTwitter attempted to take a stand during the Jameis Winston last season, but that's not even the tip of the delusional iceberg for Florida State in USA Today's eyes:

"I’m not going to even touch on your former quarterback whose name rhymed with “shame us.” Instead we’ll focus on the appalling, annoying and out-of-date Tomahawk Chop, which is probably the worst thing in all of sports. Why do people care about the Washington Redskins’ name but not the Tomahawk Chop? Probably because they know FSU will be back to being mediocre in a few years and it’s not worth the trouble."