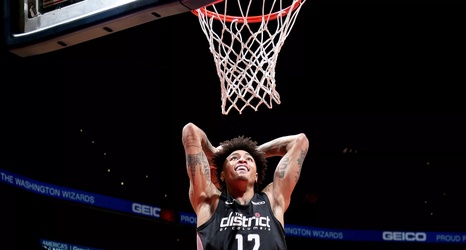 Tsunami Papi (formely Wave Papi) just got paid. Former Wizards forward Kelly Oubre Jr. is staying with the Phoenix Suns. Oubre was a restricted free agent and will stay for two more years with ample compensation: $30 million for two years, straight up with no team/player options.

Oubre’s departure from the Wizards organization was especially traumatic, and was one of Grunfeld’s and Leonsis’ last desperation moves and one that won’t be forgotten quickly. Initially, Oubre was given the slip in the Barclays Center locker room immediately following a game against the Nets (in which he just played for 28 minutes), on Dec.