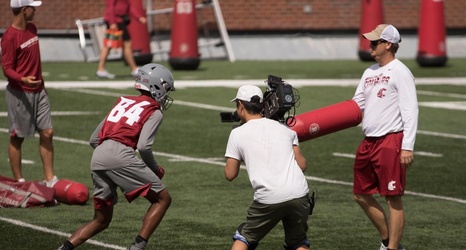 After a great deal of speculation over the last month, HBO has announced it will spotlight Washington State and three other schools, Arizona State, Penn State and Florida, in a college football all-access series that will air later this fall, the network revealed Wednesday.

The HBO program, named “24/7 College Football” will be an expansion of the network’s landmark “24/7” franchise and in many ways emulate the popular Hard Knocks show that takes viewers behind the scenes of various NFL organizations and offers unfiltered looks at the personal lives of players and coaches.

According to a press release, the television series will chronicle “four programs in-season – Florida, Penn State, Arizona State and Washington State – as they meet the demands and challenges leading up to and through gameday.