Trent Williams holdout is now going into the regular season, will miss the Redskins opener vs the Eagles 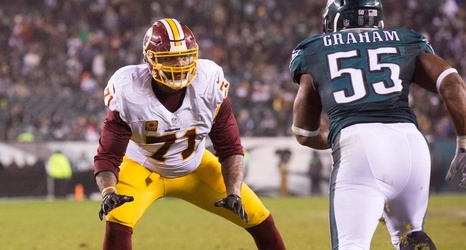 No one really knows what’s going on in Trent Williams mind when it comes to his hold out except for Trent Williams. He has has talked to current and former teammates who have given little glimmers into his motivations for not reporting to the Redskins since June 2nd.

DeAngelo Hall has been the most vocal about what Williams and Team President Bruce Allen have told him about the ongoing holdout. Hall spoke yesterday on his new podcast with the Athletic and gave plenty of quotable sound bites. One thing that he was pretty confident about was Williams not playing in Week 1 since Trent told him there was 0% chance that was happening.