Redskins vs. Packers preview: Storylines, how to watch, and more 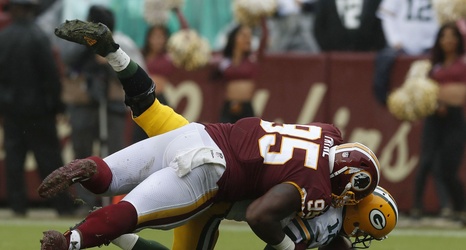 The Washington Redskins are on their first winning streak of the 2019 season; they’ve won two straight, with one victory against the Lions, and one victory on the road against the Panthers.

The Redskins’ mastery of the jungle cats won’t help them this week, however; in Week 14, they’ll travel to the frozen tundra of Lambeau Field to take on the NFL’s precursors: The Green Bay Packers.

The Packers are 9-3, and they’re currently in the lead in the NFC North, so a win isn’t exactly likely for the Redskins today. But Washington’s young core has gotten a taste of victory, and they’ll be motivated to come out on top today.