QB Smith: Big step will be learning to run again 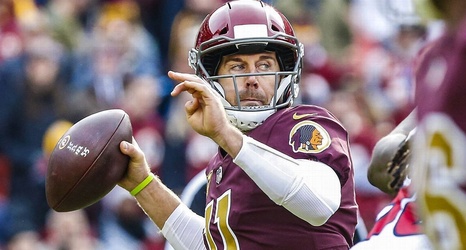 Washington Redskins quarterback Alex Smith hasn't abandoned hope of playing football again after suffering a devastating leg injury in November -- even though he will have an external fixator on his right leg for at least another month.

In his first public comments since the injury, Smith told Fox 5 DC's Angie Goff on her Oh My Goff podcast published Friday that he still wants to play. Smith suffered a compound fracture in his right leg during a Nov. 18 loss to the Houston Texans. He endured multiple surgeries because of an infection, and amputation became an option at one point, sources have said.