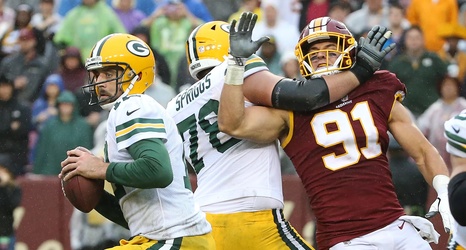 The Redskins are 3-9. Dwayne Haskins Jr. is 2-2 as a starter and he got his first NFL win last week against the Detroit Lions.

The Redskins continue to deal with injuries this week. Three players were ruled out after Friday’s practice. Paul Richardson Jr. is remains on the inactive list with a hamstring injury. Trey Quinn is still in the NFL’s concussion protocol after a brutal helmet-to-helmet hit on a punt return last week. This will likely mean that 3 rookie WRs will be getting the start this week(Terry McLaurin, Kelvin Harmon, and Steven Sims Jr.