How many draft picks will Ohio State produce in 2020? 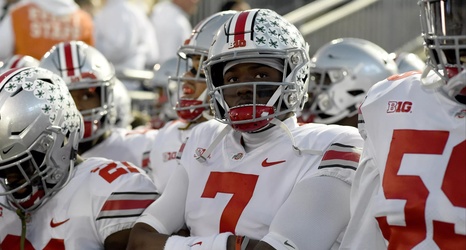 Last Spring, Ohio State had nine players selected in the 2019 NFL Draft — just one player away from tying Alabama for the most. Of those nine, two were drafted by the Redskins — QB Dwayne Haskins and receiver Terry McLaurin.

While studying quarterback Dwayne Haskins, I wrote “Ohio State goes six deep at WR, with around five being legitimate NFL prospects. Collectively, they supply Haskins with an enviable blend of deep speed, yards after catch, and contested catch abilities.”

If Haskins and wide receiver Terry McLaurin end up proving their worth, could the Redskins go back to the well again in 2020?