Barcelona injury blow as Coutinho set for month out, according to Brazil national team doctors 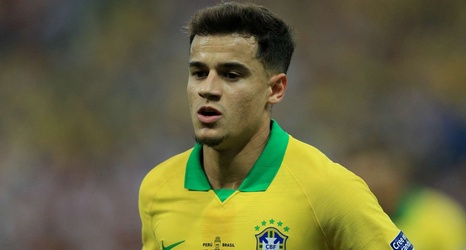 Barcelona star Philippe Coutinho will not return to fitness before the November international break, according to the Brazil national team's medical staff.

Coutinho suffered a hamstring injury in Saturday's defeat to Real Madrid despite completing the full game at Camp Nou.

Barca said a timescale for the former Liverpool man's return "depends on how the injury evolves", but Brazil's doctors have also now assessed the player.

Doctor Rodrigo Lasmar said in a statement that he believes "there is not enough time for the recovery of the player for his participation in the next two rounds of [2022 World Cup] qualifiers".