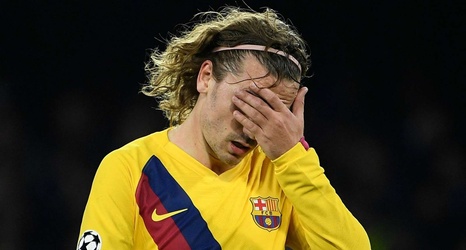 The World Cup winner has got involved in a public feud over his role at Camp Nou this season, complaining about being used out on the right when he prefers to feature centrally.

Griezmann has featured in all five for Barca’s league matches this season without finding the net, while in the Champions League he struck the post twice during Wednesday’s 2-0 win over Juventus in Turin - a match in which he was used through the middle.