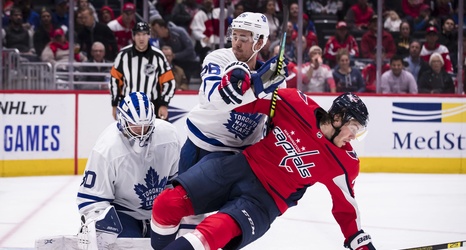 The Toronto Maple Leafs played their second game in two nights yesterday and it showed. They must have known that they would be in for a fight going up against a fresher Washington Capitals squad who had last played on Monday.

The difference of this game was a three and a half minute span in the second period where the Capitals managed to pot three quick goals.

The team’s play will provide the coaching staff a great deal of fodder for upcoming video sessions, but we will focus on the three most interesting takeaways from the game.