Rockets Outslugged in 16-13 Loss to WMU 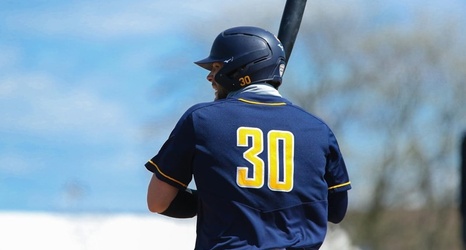 TOLEDO, Ohio – The University of Toledo baseball team saw its six-game winning streak snapped on Friday with a 16-13 setback against Western Michigan

The Broncos were able to use three big innings to bury the Rockets and capture the first game of this weekend series. WMU scored six in the third, five in the sixth, and four in the seventh to continually stay in the lead. Toledo did answer each time by scoring four runs in the third, two in the sixth, and two in the seventh, but couldn't match the Broncos' offensive output. The Rockets surged late with four runs in the bottom of the ninth, but couldn't complete the comeback.