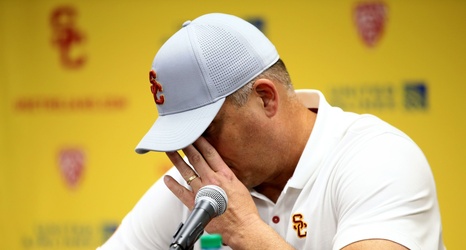 According to various sources close to Sports Illustrated (among other reports), the USC Trojans could be letting go of head coach Clay Helton in his fourth-year on the job. Helton did get to face the Texas football program twice during his tenure, but they were mostly pedestrian results.

What the Texas Longhorns football program did have in common with USC this year was the coaching pressure that fell on both staffs at different points of the regular season. Head Texas football coach Tom Herman had a lot of pressure on his shoulders following a stretch of six games in Big 12 play in which he lost four.