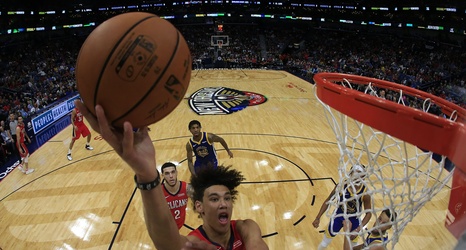 The NBA regular season for 2019-20 tipped off earlier this month, and a lot of eyes were falling on the former Texas Longhorns center and first round 2019 draft pick Jaxson Hayes. The former Longhorns rookie big man got to make his regular season debut in the NBA with the Pelicans on Oct. 28 in an 11-point loss to the defending Western Conference Champions Golden State Warriors.

In that loss to the Warriors, Hayes was pretty solid all-around by posting 19 points, three rebounds, one assist, one steal, and one block. He even hit his one three-point try on Monday night.