Texas A&M Football: 2021 will be a boom-or-bust year for the Aggies 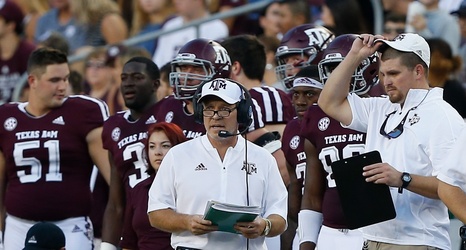 The Texas A&M Football team is not in unfamiliar territory in the 2021 offseason. The program finished as the 4th-ranked team in the country last season but won’t be satisfied quite yet. With Jimbo Fisher as head coach, Aggie fans expect nothing short of excellence.

That, in itself, is the expectation that will shroud the 2021-22 season.

If not for the standard that the Texas A&M Football team set for itself in 2020-21, this team likely would not be projected to have another top ten season.