For the love, Arthur Smith, feed Derrick Henry on Sunday 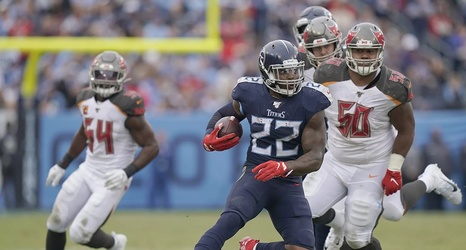 Last week the Titans faced the Carolina Panthers and their 32nd ranked DVOA rush defense. That seemed like a perfect opportunity to #establishtherun because the Panthers are bad against it and that is #allegedly what this coaching staff wants to do. What actually happened? Derrick Henry got 2 carries in the first half.*

This week the Titans face the Kansas City Chiefs at Nissan Stadium. The Chiefs defense currently ranks 28th DVOA against the run and somewhat surprisingly 4th against the pass. They also rank 31st in schedule adjusted fantasy points allowed to running backs and 6th to wide receivers in the same stat.