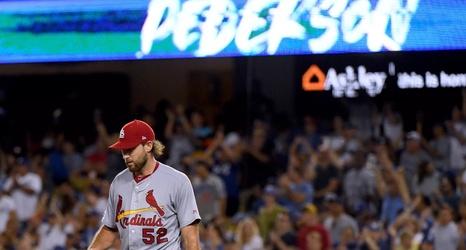 As I write this, Jack Flaherty is doing Jack Flaherty things against the Royals, meaning he is dominating with a mix of pitches that makes one think he just might go full Kluber one of these days, while still being about 15% less efficient than you would like. His strikeout to walk ratio on the night is now 7:1, yet his strike to ball ratio is not in that same dominant range. Still, he’s shutting out a bad Kansas City club, which is what badass dudes with badass repertoires should do to bad clubs.