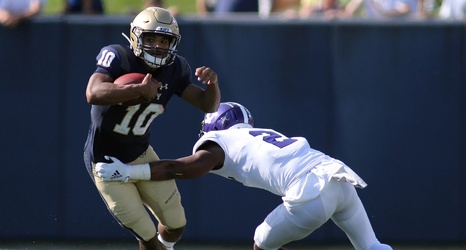 After their rousing comeback against BYU, the USF football team has won two games in a row. This week they look to extend that streak as they get back into conference play on the road against Navy.

On paper, this appears to be the Bulls’ toughest game since their season opener against Wisconsin. Navy not only runs an offensive system that is incredibly tough to prepare for, but they also are ranked highly in many important statistical categories on both sides of the ball. Let’s take a closer look at Navy’s numbers and the schemes we can expect to see on Saturday.