Spring Football Practice Begins Tuesday with 112 Bulls on the Field 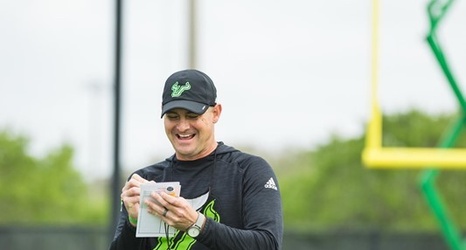 It's all about competition.

He held up a blank sheet of paper.

"It sends the message that every year is a new year,'' Scott said. "You've got to start over. Last year's touchdowns aren't going to win this year's games. It's a new team.