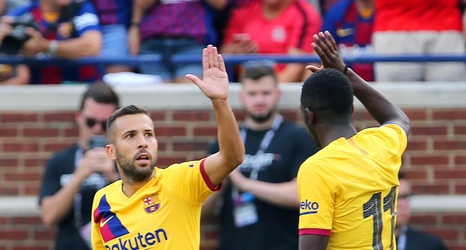 Today’s rumors start in Italy with a report from Calciomercato who reckon that Juventus have been asking Barcelona if there’s any chance they could have Jordi Alba.

The two clubs have already been talking about Miralem Pjanic and Arthur, so apparently Juve took the opportunity to check on Alba’s availability.

Juve are after a left-sided defender as they may need a replacement for Alex Sandro who has reportedly received a few offers to leave.

Staying in Italy and Tuttomercatoweb report that Barca are willing to sell Ousmane Dembele for just €42m this summer.