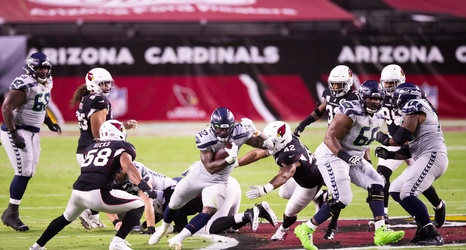 After Chris Carson was forced out of the Seahawks’ Week 7 loss to the Cardinals on Sunday night in the first half, Pete Carroll told reporters the running back had a mid-foot sprain, with an MRI required in order for the team to know the severity of the injury.

Before Carson’s MRI happened on Monday, the Seattle Times’ Bob Condotta reported the injury was not considered to be significant. Now, we know just how significant it is. According to NFL Network’s Ian Rapoport, Carson’s MRI confirmed the diagnosis of a mid-foot sprain, adding that the injury would be considered week-to-week.