Ranking the Seahawks’ roster | Positions 90-76: Who’s at the bottom as training camp begins? 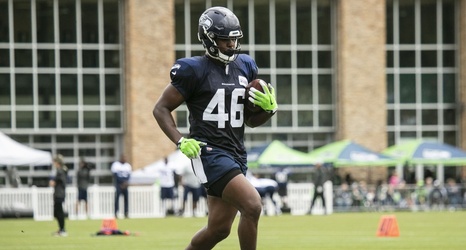 The measure of a good NFL football team isn’t just its starting lineup, or its 53-man roster.

Just as important, the way the Seahawks have always viewed it, anyway, is assembling the best-possible 90-man roster to enter training camp.

When the Seahawks won the 2013 Super Bowl, they took great pride in how many players they had to waive or release that season who not only were picked up by other teams but then played in regular season games — 23.

Seattle has been trying to get back to that same level of 1-90 strength ever since.