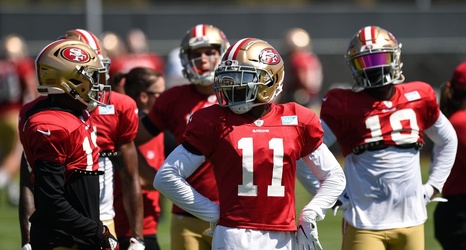 Well, the 49ers still have hard decisions to make, but it’s for the wrong reasons. The wide receivers haven’t exactly done much to separate themselves, at least to where deciding on keeping seven is in the conversation. In his conference call Tuesday, Kyle Shanahan indicated that six is still the magic number.