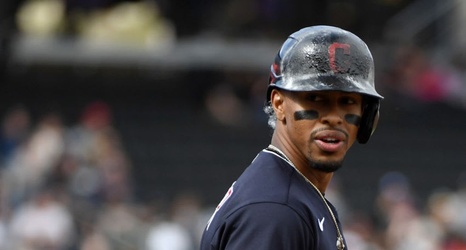 LAS VEGAS, NEVADA - FEBRUARY 29: Francisco Lindor #12 of the Cleveland Indians stands on first base after getting a hit against the Oakland Athletics during their exhibition game at Las Vegas Ballpark on February 29, 2020 in Las Vegas, Nevada. The Athletics defeated the Indians 8-6. (Photo by Ethan Miller/Getty Images)

A recent rumor suggests that Francisco Lindor is not willing to negotiate a contract extension with the Cleveland Indians. This could be good for the San Diego Padres.

It’s been a while since we talked about the San Diego Padres trading for a high profile player.