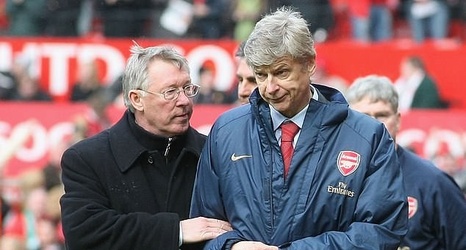 Sir Alex Ferguson recognised instantly the threat of Arsene Wenger's Arsenal. 'He's a novice. He should keep his opinions to Japanese football,' he scorned as soon as the Frenchman arrived in 1996-97.

Of course, Ferguson only went for people he regarded as serious rivals. He was proved right on that count over the next tumultuous eight years.

That incredible period up to 2005 took in United's Treble and Arsenal's Invincibles. The intensity of feeling between any two clubs was unmatched, before or since.

There was Pizzagate, Vieira-Keane in the tunnel, Keown-Van Nistelrooy on the pitch.